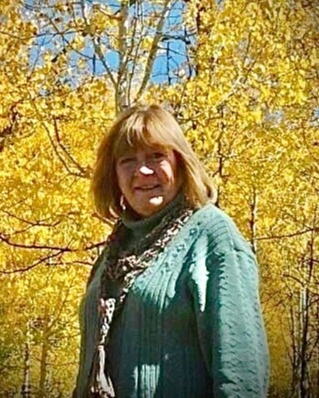 Reida Kay Schwamb, age 69, of Casper, Wyoming passed away peacefully on November 1, 2022. She was born to Reed and Dorothy (Stevenson) Boyles in Torrington, Wyoming on April 4, 1953, and was the oldest child of three siblings. Reida attended primary school in Craig, Colorado and later her family relocated to Powell, Wy where she graduated high school in 1970. Soon after, Reida welcomed her son Shawn into life and relocated to Casper, where she met and married Douglas Schwamb.

Reida found a love for fine design and custom jewelry and even became the state’s first female gemologist. Her hobbies included camping, fishing, and spending time with her friends and family. She had an active role in the Chamber of Commerce as an ambassador. Later in life, she met and married Larry Wilhelm. The last 15 years of her life, Reida transferred from Jewelry into Banking, where she worked at Wyo Central FCU and Hilltop Bank, in this new career she met many new friends and enjoyed interactions with her clients.

She is survived by her son, Shawn Boyles, and his wife, Angela, and their son Ashton “Reida’s grandson and the light of her life”; as well as two step-daughters, Jennifer and Vista Schwamb. She is also survived by her siblings, Randy (Sherri) and Kelvin Boyles; nieces and nephews, Vanessa, Melissa, and JR Boyles, Alecia Boyles, and several great-nieces, great-nephews, and cousins.
She is preceded in death by her parents, grandchild, Robert Charles Boyles, and husband Larry Wilhelm.

Memorial contributions can be made to Mimi’s House.

To order memorial trees or send flowers to the family in memory of Reida Kay Schwamb, please visit our flower store.