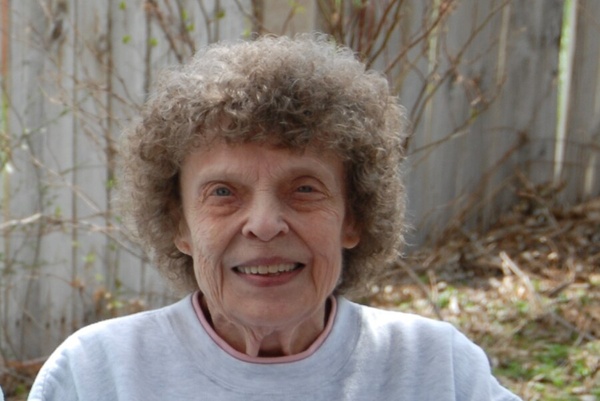 Rhea Margaret Nash, 79, passed away February 15, 2021 following a long battle with COPD. Services will be held at a later date. Rhea was born August 29, 1941 in Minneapolis, Minnesota to Eugene and Gertrude Montague. She was the baby of the family, with three older brothers. In May of 1958, Rhea married Harold Erickson, and together they had three children, Vicki, Richard, and Michael. Harold and Rhea later divorced.

In November of 1983, Rhea started her new adventure and married Daniel Nash. Daniel and Rhea were married for 38 years and loved playing cards, making beautiful crafts, and going to the corner VFW for prime rib on Friday nights. Rhea and Daniel also doted on their four dogs, Murphy, Ebony, Mika, and Rebel.

In 1985, Rhea became a devoted, loving nanny to four children whom she would remain close to her entire life. Susan, Mary, Mike, and Jessie Wyatt loved “Rhe-Rhe”’s cinnamon toast and meatloaf. Rhe-Rhe loved Unsolved Mysteries and the Game Show Channel, and would force the Wyatt kids to watch Price is Right with her if they were home sick. Rhea was with the family until she moved to Casper, Wyoming in 2004, but never lost touch with her second family, Wiz and Jane Wyatt and the kids.

Rhea and Daniel left Minneapolis to be close to family in Casper. While in Casper, Rhea loved tending to her beautiful burgundy peony bushes and spending time with family. Rhea could often be found watching the Game Show Channel and napping on her couch. In her later years, Rhea received meals from Meals on Wheels, and excitedly awaited tater tot hot dish days. Rhea was blessed with wonderful Meals on Wheels volunteers, and became close friends with volunteers Linda and Cameron.

Rhea was preceded in death by her parents, son Richard Erickson, and brother Dennis Montague.

The family will hold services at a later date.

To order memorial trees or send flowers to the family in memory of Rhea Nash, please visit our flower store.