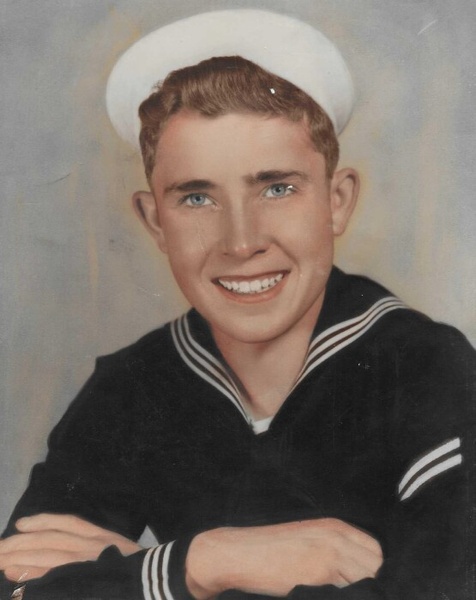 He was born December 16, 1933 in Colorado Springs, Colorado, the firstborn son of Emmett and Viola Petit Dye. Richard was named Emmett after his father, Emmett John. He attended grade Schools in Alma, Fairplay, and Colorado Springs, Colorado. Before graduating high school, Richard enlisted in the United States Navy at Colorado Springs on December 27, 1950. He was assigned to the USS Manchester. He was a Boatswain’s Mate Third Class. He mustered out at Long Beach, California on October 28, 1954. After Richard was discharged from the Navy, he received a High School Equivalency Certification on December 15, 1954 and enrolled at Pueblo Junior College in 1955 graduating on June 7, 1957 with an Associates of Applied Science degree. While attending college, Richard worked nights at the Colorado State Hospital and attended classes during the day.

Richard and Charlotte Eastin eloped and married in Raton, New Mexico on June 3, 1955. After Richard graduated, the family moved to Denver, Colorado and Richard worked at General Iron Works as a machinist. He then worked at Martin Marietta Company in the chemical milling department, at the time Martin Marietta was building the Titan missile. From Denver, the family moved to Matheson, Colorado, where Richard worked in road construction for Rocky Mountain Paving.

In 1975, because of better job opportunities, they relocated to Casper, Wyoming where Richard worked for Casper Concrete and McMurry Brothers Construction. This was during the "oil boom" and it was very hard to find a place to live, so they bought a trailer house and rented a lot. Later they purchased a home in Bar Nunn, just north of Casper. In 1986, Richard worked for Natrona County Road & Bridge Department as an equipment operator. Richard retired on October 31, 1996 and he and Charlotte downsized to a condo in Casper.

Fishing was a favorite hobby for Richard and he liked fast cars and watching the drag races. He enjoyed special times of card playing with family and friends, especially pinochle and poker. He also liked playing dominoes.

Funeral services will be conducted on Friday, August 13, 2021 at 1:00 p.m. at Bustards & Jacoby, 600 CY Avenue in Casper with Larry Kloster officiating. Burial will follow the services at Oregon Trail Veteran Cemetery. In lieu of flowers, memorial donations to Central Wyoming Hospice & Transitions, 319 S. Wilson, Casper, WY 82601 would be appreciated by Richard’s family.

To order memorial trees or send flowers to the family in memory of Richard Dye, please visit our flower store.