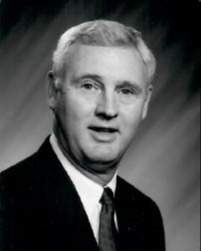 Richard Talbot Robitaille passed away peacefully with his family by his side on August 20th after a courageous and stubborn battle with cancer.

He was born February 12, 1945, in Fort Worth, Texas to Earl Whitman Robitaille and Alberta Berry Robitaille.  Rick grew up with his parents and two older brothers (Berry and Tom) in Graham, Texas.  After graduating from Graham High School in 1963, he attended the University of Texas at Austin where he was a member of Sigma Alpha Epsilon Fraternity.  It was there in his first college class that he met Donna Stafford. After a 20-month courtship they were married in Dallas, Texas on July 16, 1965. Daughter Karen followed and helped them cheer on their Longhorns.  After graduating with a degree in Political Science in 1967, Rick went to work for Phillips 66 beginning a lifetime career in the oil business.  While living in Billings, Montana son John was born completing their family.  Rick moved his young family four times before settling in Casper in 1971.  Rather than make another move Rick and Donna took a chance and it proved to be the right choice.  Rick joined the Petroleum Association of Wyoming in 1972, enjoying a long, successful career but once again an opportunity presented itself.  In 2000, he joined Anadarko as Manager of Public Affairs for the Western Division and took on new challenges until his retirement in 2011.  He made lifelong friends in the oil business that he enjoyed until his final days.

Rick shared his love for the outdoors with Donna and his children.  There were camping trips, canoe paddling adventures to find the perfect fishing hole, Yellowstone excursions, bird and big game hunting, ski trips and golf games.

He always supported Karen and John.  Whether he was coaching or the voice from the stands, they always knew he was there for them. Everything proved to be a teaching moment and in his special way it was fun.

With the arrival of grandchildren, the teaching and sharing of things he loved continued to the next generation.  He loved his five grandchildren unconditionally and could be found caddying for Austin and Amanda or in the baseball stands cheering on Thomas, David and Jack.  Always with words of encouragement and maybe a suggestion or two.

After retiring he and Donna spent their winters in Litchfield Park, Arizona. Not only did they make wonderful new friends there, but they were also able to enjoy time with many of their Wyoming friends who chose sun over snow. Their home was always Casper as that is where they’d find their family awaiting their return each spring.

Our family wishes to thank the numerous friends who checked on us, offered assistance and support during this time. Also, thank you to the staff at Rocky Mountain Oncology, Central Wyoming Hospice and Dr. Cindy Works.  Arrangements are entrusted to Bustard and Jacoby Funeral Home, 600 CY Ave, Casper, WY 82601.

A Celebration of Life will be held on Saturday, September 10th at the Casper Country Club from 2-5 pm.

To order memorial trees or send flowers to the family in memory of Richard Talbot Robitaille, please visit our flower store.