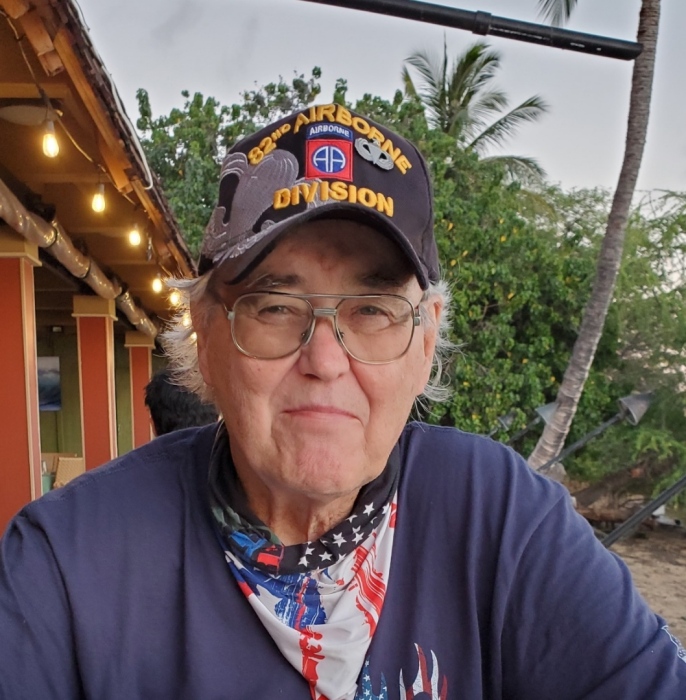 Richard (Rick) Thurston, a longtime resident of Casper, Passed away at home on June 2, 2022, after a long battle with Prostate Cancer.

Rick was born in Provo, Utah on January 9, 1944, to George Hilbert Thurston and Evelyn Corrine Thurston. The family moved to Casper, WY soon after and started up a business known as the Thurston block Plant.

Joining the Army in 1960, he was a proud member of the 82nd Airborne Division… A group and a part of his life he dearly loved.

Returning to Casper he joined the Air National Guard. He never lost his passion for cars and later turned it into his business and opened Rick’s Rod Shop and is well known for his hot rods, custom cars and Drag racing. His vast knowledge of cars and their components astounded many. He was a founding member of the Wyoming Street Rod Association .and was a member of the Oil City Auto Club, National Hot Rod Association, and several other like groups. He is a member of the Patriot Guard and the American Legion Riders of Wheatland WY.

In 2016 Rick met a classmate from his past Roxana (Selby) Taylor and the two of them have shared their lives and love from that time forward.

Rick is survived by one son Rick, Daughter-in-law Christin Schumann, Grandchildren Kendall and Dillon Thurston, one brother Rob and a sister Kathy. He also leaves behind his beloved dog Ecko and his Life Partner, Roxana Taylor.

In lieu of flower, donations can be made to Tunnels to Towers, T2T.org, a foundation for American Heros.

To order memorial trees or send flowers to the family in memory of Richard Thurston, please visit our flower store.