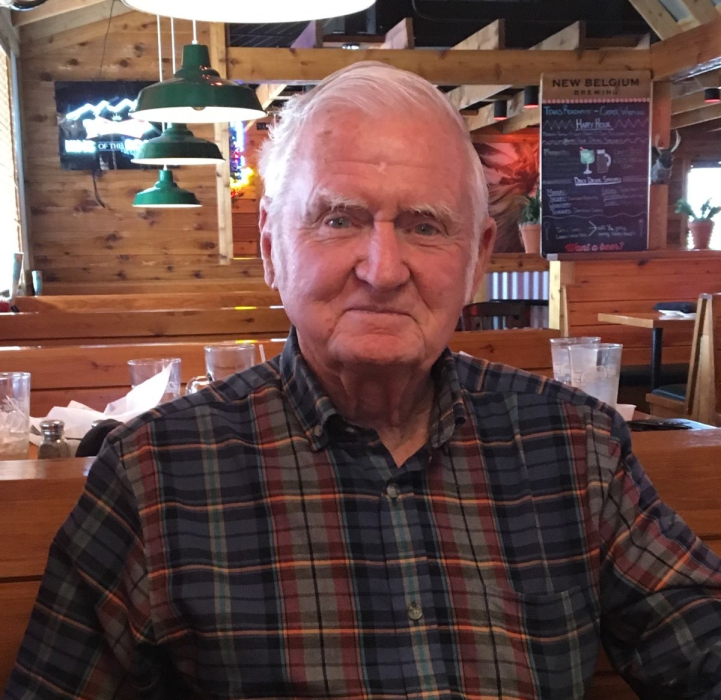 Richard L. Stairs went to meet the Man Upstairs on October 15, 2020.  He was born to Lawrence E. Stairs and Bessie Eileen (Smith) Stairs in Callaway, Nebraska on March 25, 1937.

Dick grew up in Pavillion and Evansville, Wyoming with his three siblings.  He had some great adventures and did not get caught very often.  In 1962 he went into the Army, and ended up in Mineral Wells, Texas where he had more adventures and made some life-long friends.  He was a speed radio operator, received a sharp-shooter rifle badge and a good conduct metal.

In the late 60’s he met the love of this life, Rosemary and her two children. This was the beginning of a life blessed with love, family, laughter, many more adventures and another child.  Richard was a terrific dad teaching his children how to fish, work on cars and the importance of family.  Many camping trips and vacations were enjoyed with him at the wheel.  Dick and Rosemary celebrated 51 years of marriage; they had a love few people have had the opportunity to experience.

Richard worked hard his whole life and retired from Fleischli Oil in 1999.  He did not slow down from there; just took a pay cut working on his own projects and hobbies.

Dick and Rosemary enjoyed snow birding to Black Rock RV Village in Arizona for several years during their retirement.  They enjoyed exploring the Southwest, their new friends, and potluck dinners.

Dick loved being a grandpa.  He had four grandchildren that adored him, and they were the light of his life.

He never knew a stranger and could strike up a conversation with anyone.  He enjoyed garage sale-ing, where he would pick up items he could repair.  He especially enjoyed fixing up tractors and riding lawn mowers.  He loved to help others.   Telling a good joke was one of his favorite past-times.  Many people were lucky enough to receive one of his ‘stool samples.’  He enjoyed old cars and car shows.  He was thrilled to purchase a yellow VW convertible recently.

In the last few years, he spent a lot of time sitting with his wife, enjoying conversations and of course making new friends as the unofficial ‘love birds’ of Life Care.  He loved attending Highland Park Community Church with his family where he and his wife made wonderful friends over the years.

He was preceded in death by his parents, sister Jerilyn Dee (Stairs) Barnes, and brother and sister-in-law Norman and Julia Stairs and several good friends.

He is survived by his wife Rosemary, his children Regina Pacheco, Rodney Clapp, Rick Stairs and wife Nina, his grandchildren Emily and Ethan Karp, Matthew Stairs, Sean Pacheco and Logan Stairs, his sister Charlene Sanford, several nieces and nephews, as well as many wonderful friends and his faithful four-legged companion, Maggie.

Services will be scheduled for a later date.

He leaves a legacy of love and a life well-lived.

To order memorial trees or send flowers to the family in memory of Richard (Dick) Stairs, please visit our flower store.