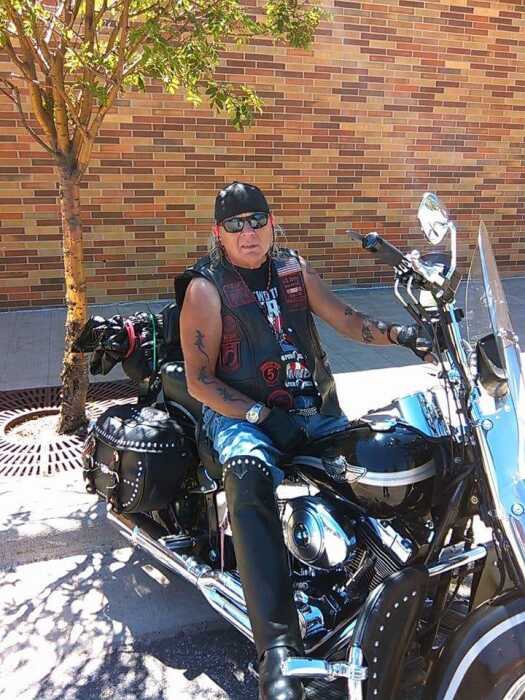 Bob was born in Douglas to Lee and Shirley Bryson where he grew up with a brother and three sisters. The family enjoying hunting, fishing, and having the mountains as a playground.

Bob enlisted in the US Army at age 18 and was sent to Korea to patrol the demilitarized zone.  Upon his return he was honorably discharged and married Jane Kister with whom he began a family.  Jack was born in 1974, Kate followed in 1976, and John entered the world in 1980. He became a proud granddad of Andre, Anthony, Alexandrea, Natalie, Nicholas, and Aiden.

Bob enjoyed snowmobiling, hunting, fishing, logging, and camping with his three kids. He spent a lot of time in the mountains outside of Douglas with his family, kids, siblings and parents.

Bob started out as a cowboy and ranch hand before transitioning into transportation including over-the-road, hotshot, and oilfield equipment transport. During his early career, his children occasionally accompanied him as co-pilot.

Later in life, Bob became active in the Vietnam Vets/Legacy Vets Motorcycle Club and was very involved with veterans’ affairs.  While part of this band of brothers he helped raise many thousands of dollars for charities throughout Wyoming.

To order memorial trees or send flowers to the family in memory of Robert Bryson, please visit our flower store.