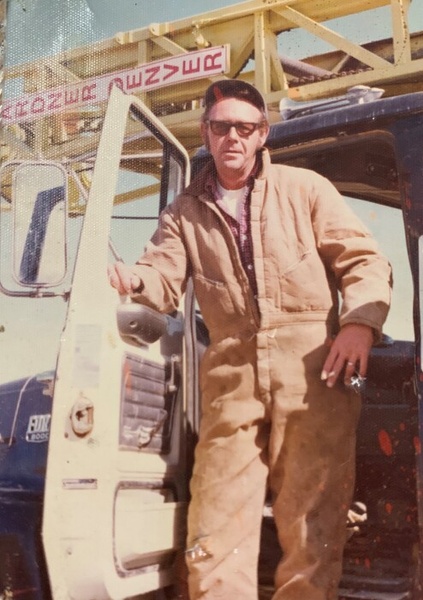 Robert Eugene Claney (Bob), 84 of Mills, Wyoming passed away March 10, 2021 at home with family around him. Bob was born in Marion, Kansas to Joe and Leah Claney on September 9, 1936. He attended East High School in Wichita, Kansas and graduated in 1955. After graduating, he joined the Army and became a medic and was stationed in Japan. After his military service, he went to Kansas and met Donna Willis. They were married in May of 1964. After moving to many places in the western United States, they settled in Mills, Wyoming at called it home. This is where they started Shamrock Drilling. Later he worked for W.E. Sauer Drilling and finally retiring from Unit Drilling. Bob was active with the VFW and supported many Veteran’s organizations. He is survived by his daughter Janette (Pete) Soper of Casper, son Robert (Buddy) Claney of Casper, brother Joe Claney of Wichita, Kansas, and adopted son Bob Brian of New Mexico, five grandchildren-Nathan, Tyler, Katie, Kohlman, Kooper and 2 great-granddaughters, nieces and nephews. He is proceeded in death by his wife Donna, both parents Joe and Leah Claney, and sister Joetta Stark. Funeral services will be held at Bustard’s Funeral Home on March 17, 2021 at 2pm with Pastor Harold Bradshaw officiating. Following the service, a reception will be held at the Elk’s Lodge at 108 East 7th, Casper, Wy. There will be no graveside service. In lieu of flowers, donations may be mailed to the Casper Elk’s Lodge, in care of the VA Account, 108 East 7th Street, Casper, Wy 82601.

A memorial service with military honors will be Wednesday, March 17, 2021 at 2:00pm at Bustard and Jacoby Funeral Home.

To order memorial trees or send flowers to the family in memory of Robert Claney, please visit our flower store.