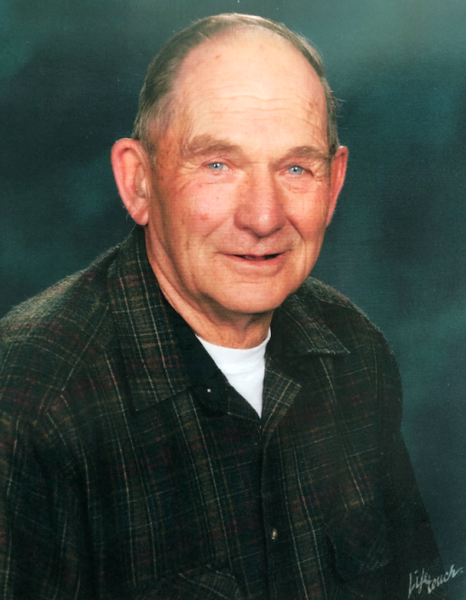 Robert passed away at home on June 20th being lovingly cared for by his children. A service will be held on Saturday, June 26 at 11:00 a.m. at Bar Nunn Baptist Church presided over by Pastor Randy Barnett. Robert was born on April 9th, 1937 in Fruita, Colorado to Frank and Tillie Potter. In his very young years he lived in the mountains of Pitkin, Colorado with his mom and dad. He grew up loving the outdoors and raising gardens with his mom, dad, and his three siblings, Betty, Bert, and Reba. The family spent many days in the local mountains picking berries, logging and fishing. The family moved to Colbran where his father was sharecropping on a local ranch then moved to Fruita, Colorado. At Fruita Monument High School, Robert participated in many sports: wrestling, football, basketball and track. His favorite, and the one he excelled at, was wrestling. During his years as a wrestler, he even had to wrestle his own brother, Bert, many times. Robert became the state wrestling champion in his weight class during his senior year in 1945. During his time at the high school Robert played many jokes on his dad, Frank, who was the janitor and his mom who was a teacher. He loved telling the stories of his antics to his children and grandchildren. He went to college on a wrestling scholarship but decided college was not for him and signed up for the army. He served in Germany as a tank  crew member. After serving in the military, he went into construction building roads as an explosives assistant. At this time, he met a cute, young gal named Ila as she was serving him lunch. Ila saw his bright, blue eyes and fell for him immediately. It did not take them long to decide to get married. Robert, Ila and her two children, Bruce and Marcia, moved to Utah and Robert started his lifetime work as an exploration driller.

Robert and Ila started their own family and had 4 more children- Sheryl, Lance, Robert Jr. and Shelley. Robert worked hard to feed and support his family moving several times. They finally settled in Casper, Wyoming in 1968. Robert enjoyed working and traveled all over the Western states as Ila raised the five children at home. Robert enjoyed drilling and thought of it as a challenge. On his vacations he enjoyed visiting extended family, helping out on the farms and camping in the Colorado mountains.. He spent some of his spare time fishing with his children and watching his son, Lance, wrestle. As he got older and finally retired, he spent numerous hours in his garden and yard. He provided his children, friends, neighbors and the nurses at the clinics with vegetables and his famous corn. Robert enjoyed attending and watching his grandchildren’s sporting events and other activities. It was rare he would not be seen in the stands watching his grandchildren wrestle and play football.

Robert Potter lived a blessed and fulfilled life where his friends, family and all those who knew him will miss him greatly.

He is survived by his brother Bert (Joann) of Montrose, CO his four children; Marcia (Grayson) of Fort Morgan, CO, Bruce (Debbie) of Casper, WY, Sheryl (Dale) of Bar Nunn, WY, Shelley of Caldwell, ID. Loved by fourteen grandchildren and his many great grandchildren. He was preceded in death by his wife, the love of his life, Ila, his sons Lance and Robert Jr., his parents Tillie and Frank and his two siblings Betty and Reba. The family would like to thank his doctors, nurses and hospice for providing care to him these last few months. Dr. Fahed and his team always put Robert's needs first and allowed him to stay independent.

In lieu of flowers, please make donations to Robert's preferred charity, St Jude. A. fundraiser has been set up in Robert Potter's name, http://giftfunds.stjude.org/ Robert Potter or you can mail a check to St Jude 501 St Jude Place, Memphis TN 38105

To order memorial trees or send flowers to the family in memory of Robert Potter, please visit our flower store.