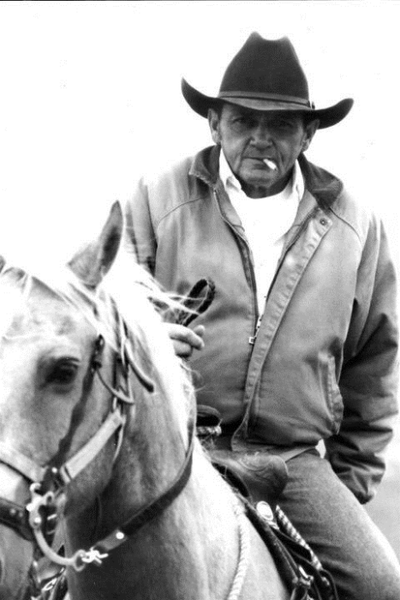 Ronald Lee Condelario passed on December 3rd, 2020. Ronnie was born in Lusk, Wyoming, on August 5th, 1942, to Bernard and Doris Condelario. He grew up and went to school in Casper, Wyoming, but spent summers as a kid in Lusk wrangling horses with his uncles. At 15 years old, he met Patty Jo Thompson, and soon after, they married and had three children. They spent many years together making memories racing cars and motorcycles, hunting, and camping with friends and family. However, after several years together, they parted ways. Ronnie later met Arlene Mary Carrera, and they married in 1978, and he gained four more children. They spent several years together traveling and playing golf. They made a home and always made sure the kids had what they needed.
Ronnie worked as an auto upholster all his life. He owned Ronnie’s Auto Trim and Casper Auto Trim. For a short time, Ronnie was in the bar business as the owner of the Avalon Club. At one time, he even owned and operated his own racehorse. He was most proud of playing a part in several historical reenactment films.
Ronnie loved the great outdoors, hunting, riding the wagon train, pack trips, packhorse racing, building cars, and just driving the back road. He had a passion for golf, even in the winter, playing in the indoor league.
Ronnie Loved his family. He was the go-to guy for everyone. He was a great friend to many; most friends even becoming part of the family. He enjoyed life and telling stories, and drinking a cold beer.
Ronnie is survived by his loving wife Arlene; children, Steve(Nadine), Trisha, and Rhonda Condelario, Jolynn Huber (John), Geraldine Fondren, James Fondren (Kathleen), and Mark Fondren (Teresa); grandchildren, Michael, Morgan, and Kyle Condelario, Jacob Huston, Chaz, and Lance Fondren, Kelly Owens, Sheila Smith, Kevin Huber, Charity Bray, Jessica Johnson, and 22 great-grandchildren; in addition to his brother, Larry Condelario, and several nieces and nephews.
He is preceded in death by his parents, sisters, Jean Rush and Ester Lee, and brother, Bernard “Roy” Condelario.
Cremation has taken place, and services will be planned at a later date.
“The last goodbye’s the hardest one to say, and this is where the cowboy rides away.” – George Strait

To order memorial trees or send flowers to the family in memory of Ronald Condelario, please visit our flower store.