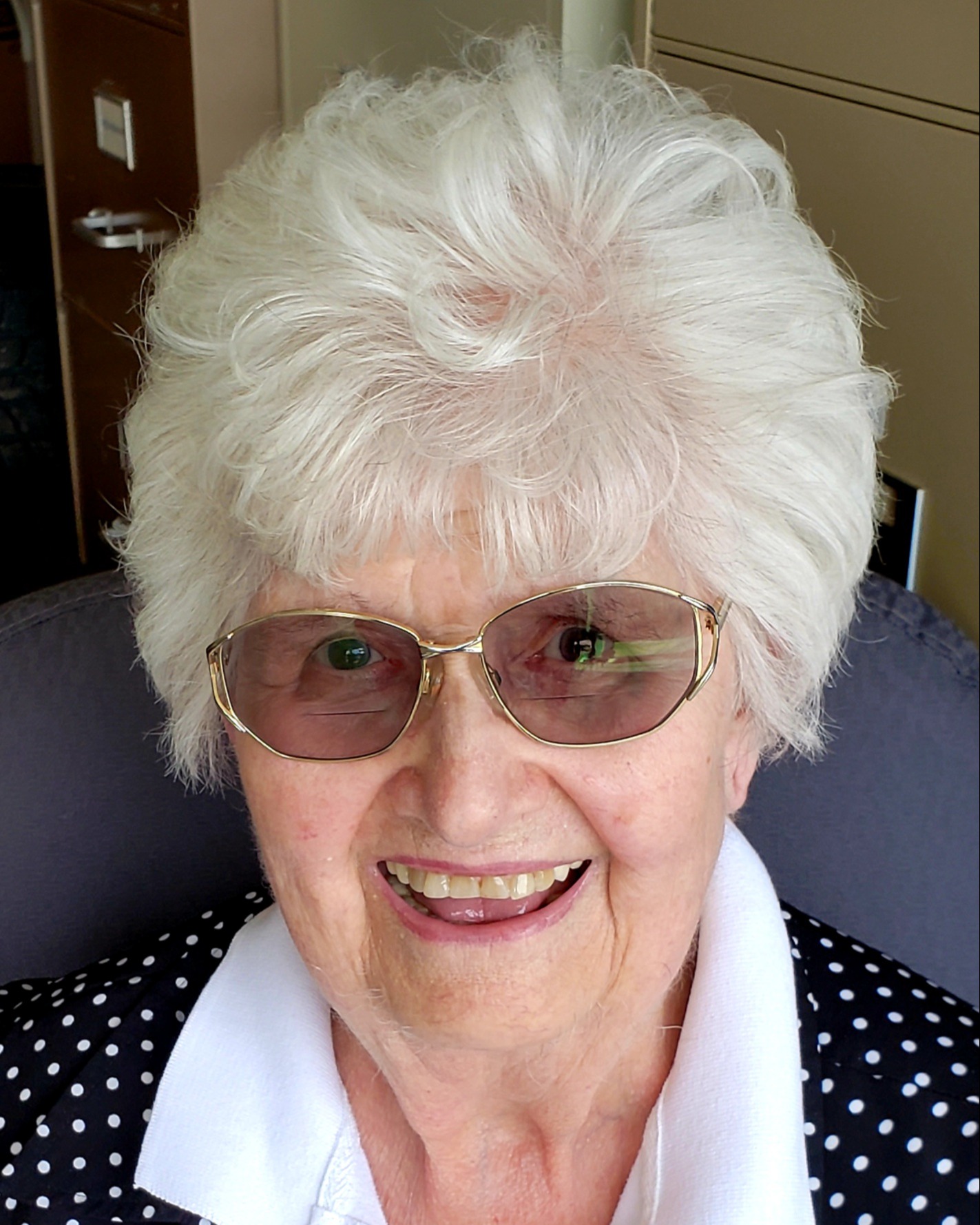 Priscilla (Sally) Anne Grooms, age 92, passed away on December 24 in Casper, Wyoming. She was born to Clarence and Eva Mae Kellogg on May 2, 1930, in Valentine, Nebraska and spent her childhood on the family ranch near Sparks, Nebraska. In 1952 Sally married Ed Grooms in Valentine, Nebraska. They moved to Ainsworth, Nebraska in 1954, then moved to Chadron, Nebraska in 1964 and in 1966 moved to Torrington, Wyoming followed by a transfer to Worland, Wyoming in 1977. The couple moved to Casper, Wyoming in 2018. Sally worked at various jobs throughout her working life such as church secretary, elementary school librarian, Avon sales, realtor, and a position in the Washakie County District Court office. Sally had two sons, Ted (1953) and Greg (1956). Family and friends were her top priority. She was known for her baking, family meals, coffees with friends and holiday gatherings. She was a member of the First Presbyterian Church in Worland and attended First Christian Church regularly in Casper.

Sally is survived by her husband of 70 years, Ed, her sons Ted (Jennifer) of Casper and Greg (Tammy) of Worland, grandchildren Nicholas Grooms (Maggie) of Casper, Crystal Mangano (Chris) of Los Angeles, Tyler Grooms of Tulsa, Oklahoma, and Lindsay Grooms of Tulsa, Oklahoma, great granddaughters McKenzie and Natalie, and a sister Linda Moss (Tom) of Worland, and their children, Jennifer (Jimmy) Beasley of Pomfret, Maryland and Tom Moss, Jr. of Worland, as well as Ed’s brothers and wives, Alvin Grooms (Pauline), Ord, Nebraska, Harold Grooms (Wanda), Lincoln, Nebraska, and Donald Grooms (Connie), Littleton, Colorado, and Mildred Grooms, Kearney, Nebraska, as well as numerous nieces and nephews. She was predeceased by her parents and brother-in-law Eugene Grooms.

A memorial service will be held Saturday, January 7, at 10:00 AM at First Christian Church in Casper. The service can be streamed on the First Christian Church website, fcccasper.org. First Presbyterian Church in Worland will host the memorial service via streaming on January 7, at 10:00 AM as well. Refreshments will be served after the service at each church. Bustard & Jacoby Funeral Home is handling funeral arrangements.

Memorial donations may be made to First Presbyterian Church, 405 S. 15th, Worland, WY 82401. The family wishes to extend their gratitude to Central Wyoming Hospice and Primrose Retirement Community.

To order memorial trees or send flowers to the family in memory of Sally Grooms, please visit our flower store.