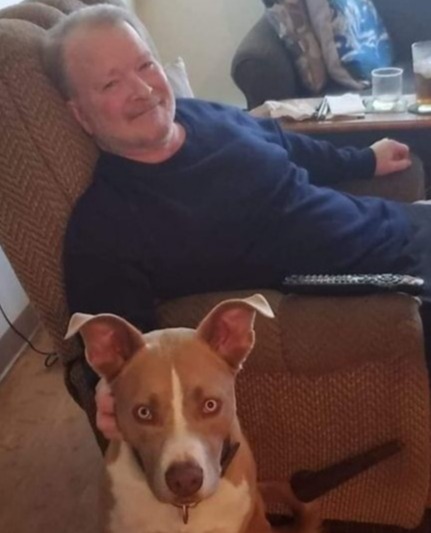 Scott Kelland Smith, 63, of Casper, WY, passed away in the presence of loving family and joined his loved ones at the heavenly picnic table on October 25, 2022 in Casper, WY.

Scott was born in Benson, MN to Evelyn and Vance Smith. He went to high school at Mound Westonka Senior High School and graduated in 1976. He went on to earn a Culinary Arts Degree at Hennepin Technical Institute in Minneapolis, MN. He worked as an accomplished chef for Togwatee Mountain Lodge Restaurant, Steigler’s Restaurant, and was the head chef and assisted in opening the Snake River Brewing CO (AKA Jackson Hole Pub and Brewery) in Jackson Hole, WY. Some of his pizzas are still on the menu! He enjoyed not only passionately feeding people with divine cuisine, but acting with Stage III Community Theater in Casper, WY; writing poetry and above all, MUSIC. Scott participated in many charity events over the years that were held at his favorite watering hole, Butch’s, in Casper,WY. He loved unconditionally, especially his family and friends, and encouraged all that he interacted with to enjoy “the little things” in life, one day at a time. The last two years of his life, he was cared for by a kind neighbor and friend. He will be missed!

When I come to the end of the road

And the sun has set for me,

I want no rights in a gloom filled room

Why cry for a soul set free?

Miss me a little- but not to long

And not with your head bowed low.

Remember the love that we once shared:

For this is a journey we all must take

And each must go alone.

It’s all a part of the Master’s plan.

A step on the road to home.

When you are lonely and sick of heart,

Go to the friends we know

And bury your sorrows in doing good deeds.

Scott is survived by his sister Jeremy Klosterman; his first wife and mother of his girls Tammy Smith; his daughter and son in law Kassi and Jason Baker; his daughter Abby Smith; his grandchildren Kelland, Jackson, Bella and Charlie; and his great grandchildren Swayze, Leo, and Kenai. He is also survived by many nieces and nephews that he loved very much. Scott is also survived by many friends that became his beloved family. He is preceded in death by his second wife Karrie Smith; his parents Evelyn and Vance; brothers Donald and Perry; and sisters Patricia, Stephanie, and Sarah.

Scott made his wishes known that there is to be no funeral services but instead will have three Celebration of Life parties in his honor in Minnesota, Jackson Hole, WY, and Casper, WY.

Instead of flowers, donations may be sent to his daughter to help pay for costs.

To order memorial trees or send flowers to the family in memory of Scott Kelland Smith, please visit our flower store.