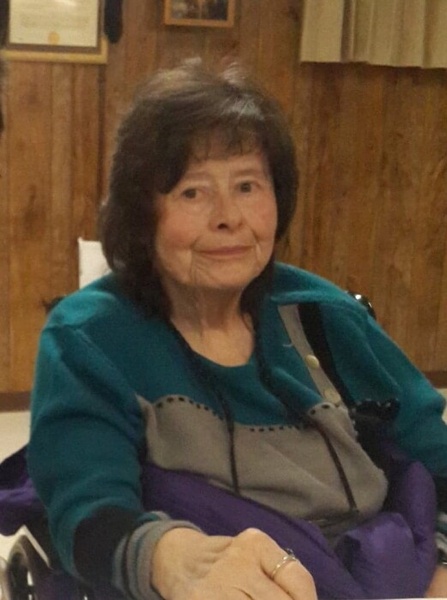 On October 19, 2020, Sharon K. Johnson went home to be with our Lord and Savior, Jesus Christ. Sharon passed away at Central Wyoming Hospice surrounded by her Son, Daughter-In-Law, Daughter and Granddaughter. Sharon was born in Laramie, Wyoming on May 10, 1938 to Blaine Moffat and June Weers, she was 82 years old. Sharon was married to Ronald Johnson up until the time of his death in February 1972.

Sharon was raised and grew up in Laramie, Wyoming until her high school years when the family moved to Casper, Wyoming, where she graduated from Laramie High in 1956. She went on to attend the University of Wyoming where she obtained a degree in Nursing. Later on in life she returned to Casper College and received a Bachelor’s Degree in Addiction and Substance Abuse at the ripe age of 69. It was her passion to help struggling addicts and victims of abusive relationships. She had a heart of gold and would refuse no one that needed help. In 1964 she was the first woman in the State of Wyoming to receive her NHRA License. She went on to win many races throughout the State of Wyoming and Colorado. She was a lifetime member of the BPOE Does and FOE Eagles, working her way through the ranks to become President of her drove, working along side her lifelong friend Ilene Peck.

She spent her entire life in Retail, Managing the Woolworth’s in downtown Casper up until the store closed. At that time, she moved to Houma, LA to continue her work with Woolworth’s. She stayed in Louisiana for several years until family matters called her to Denver, Colorado where she once again continued her work with Woolworth’s in the Denver area for about 15 years until she returned to Casper to end out her retail career with Walmart in Casper, retiring in 2004.

Sharon was an avid lover of Pit Bulls, having always had one at her side. Having a love for the rescue dogs who have been abused through illegal dog fighting. She also in her later years came to love elephants, having every knick-knack, picture, you name it of elephants. Sharon was an avid Wyomingite, who loved learning everything about Wyoming’s history. She would talk your ear off if given the chance. She also loved turquoise jewelry to the extinct that she would hunt down New Mexico and Arizona jewelers to make custom, signature pieces.

Sharon and Ron had 4 children, Jody Johnson Craig, Julie Gordy, Ronice Johnson and Kenneth Johnson, who she continued to raise alone as a single parent after Ron’s early death in 1972. She had tragedy in her life, having to bury her husband, 2 daughters, and a grandson, all at early ages. She was a strong, loving woman to have survived so much tragedy with grace and humility. She will be greatly missed by all her family and many friends.

Her memorial services are Saturday, October 24, 2020 at 2:00 pm at Bustard’s Funeral Home with a viewing on Friday, October 23rd from 7:00 pm to 9:00 pm. Interment will follow at a later date. Reception to immediate follow at the home of Kenny and LaDonna Johnson, 1540 Prairie Ln., Bar Nunn, Wy.

To order memorial trees or send flowers to the family in memory of Sharon Johnson, please visit our flower store.