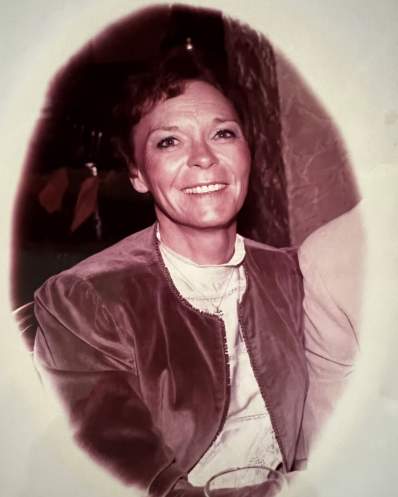 Services for Sharon Lucille Ortiz 84, of Casper will be conducted Friday August 26th at St. Patrick’s Catholic Church at 11:00 AM.

She died peacefully on Thursday, August 18th  at  Casper Mountain Rehab & Nursing Home in Casper, after a long battle with debilitating dementia.

She was born June 8th, 1938 in Kemmerer Wyoming, the daughter of Maurice “Maury” Wright and June Gregory Wright. Sharon was raised in “Cal-Pet” an oil encampment near LaBarge Wyoming. She moved to Casper in 1950 when her father transferred to work at the Texaco refinery in Casper.  Sharon proudly graduated from Natrona County High School in 1956.

June and Maury raised five children together. Survivors include her  brother Greg Wright of Longmont Colorado, and her sister Kitty Kirkley of Euless Texas. In addition to her parents she was preceded in death by her sisters Penny Kay Neubauer and Maureen Nelson both from Casper.

Sharon married the love of her life, Max Ortiz Jr. in 1958 and they had two children Scott Ortiz and Lou Ann Ortiz McGivern both of Casper.

Sharon’s life was devoted to her family, friends and her beloved dogs. She enjoyed her years working at local banks, and later serving as a volunteer at many community organizations. She loved traveling with Max by car, or motorhome, going to Dubois, LaBarge, and Laramie for UW football games.

She loved spending time at the family cabin on Casper Mountain, especially in the winter months, and later Max convinced her it would be fun to spend time at Alcova fishing and entertaining friends.

She enjoyed cooking for her kids and all their friends, playing Tennis and Bowling. She loved crosswords, puzzles, and playing card games. Holidays were always a special time for her and she loved having her family come over for Thanksgiving and Christmas dinners.

Later in life her constant joy was spending time with her grandkids and husband.

Bustards funeral home is fulfilling her wish to be cremated.

Memorials may be made in Sharon’s name to Central Wyoming dementia care, the Casper Humane society or St. Patrick’s Catholic church.

To order memorial trees or send flowers to the family in memory of Sharon Lucille Ortiz, please visit our flower store.