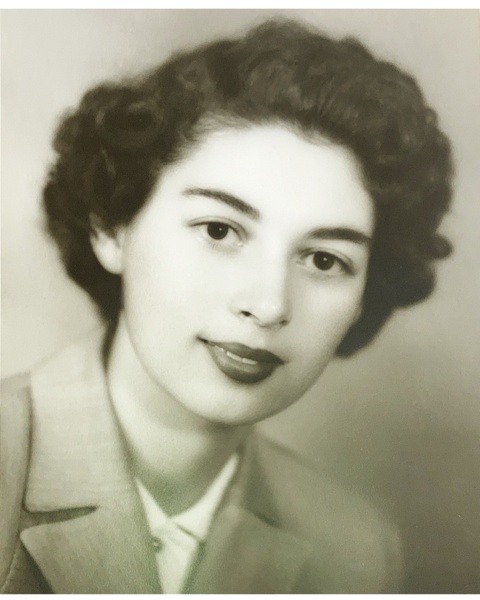 Shirley Anne Parker (Zeuch), 89, went to be with our Lord in heaven on September 30th in Casper, WY after succumbing to dementia and Alzheimer’s disease.
Shirley was born in Superior, WY on June 23, 1933, to Pierina and Giuseppe Zeuch. She graduated from Rock Springs High School in 1951 and went on to nurses training at Mercy Hospital in Denver, CO, and later at Saint Louis University, MO. She worked in public health and as a school nurse in Riverton, WY. Shirley married Walton Parker in 1964, and they were happily married until his passing in 2016. Shirley loved gardening and had an incredible green thumb. She was excited to enter her beautiful flowers in the Fremont County Fair. She was a member of the Women’s Aglow and held several offices during her time with them. She was a devout Catholic and a member of St. Margaret’s Parish in Riverton and later joined St. Patrick’s Parish when she moved to Casper. She participated in the Shalom Prayer Group and enjoyed fellowship and friendship with its members.
She is survived by her daughters Mari Ann Schroer (John) of Casper, WY and Beth Salvas (Scott) of Albuquerque, NM. Sister, Ellen Flaim (Carlo) of Rock Springs, WY. Grandchildren Joe, Matt, and Mary Beth Schroer, and Sienna Salvas. One greatgrandchild Hudson Schroer. She was preceded in death by her husband Walt and an infant son James.
A rosary will be held at Bustard and Jacoby on Wednesday October 5th at 6 pm and a funeral mass will be celebrated at St. Patrick’s Catholic Church on Thursday October 6th at 10:30 am.
Memorial donations can be made to The Alzheimer’s Association in her name.
A special thanks goes out to Cindy Kalinowski, for her support and love, her family and all the members of Shalom that have visited and held her up in prayer over the last few years. We are beyond grateful for the exemplary care she received at Mountain Plaza Assisted Living. Their staff was amazing, especially after she moved to the memory care unit.

A Vigil Service with recitation of the Rosary will be held at 6:00 p.m. on Wed. Oct. 5, 2022 at Bustard & Jacoby Funeral Home. The Mass of Christian Burial will be celebrated at 10:30 a.m. on Thurs. Oct. 6, 2022 at St. Patrick's Catholic Church. Father Cliff Jacobson will be the celebrant.

To order memorial trees or send flowers to the family in memory of Shirley A. Parker, please visit our flower store.