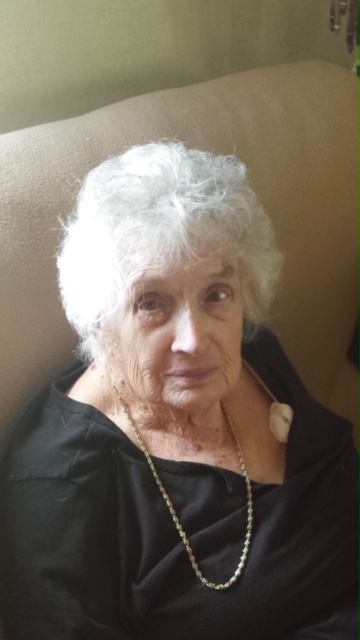 Shirley Frances Pendleton left this world on October 16, 2020 surrounded by her family at her home in Evansville. She was 95 years old.   Shirley was born on January 23, 1925 to William and Rose (Reule) Pendleton in Denhoff, North Dakota. Her mother passed away while she was very young and she was raised by her father, grandparents and several Aunts. She married Forrest Hanson in 1943 and had 9 children with him before divorcing him in 1961. She later met and married the love of her life, Floyd Widmer in 1962 and they had two more children together. Floyd and Shirley lived in Lisbon, North Dakota until moving to Wyoming around 1963 and then in 1964 moved to Waltman, Wy where they finished raising their family and eventually purchased the business and ran it for over 50 years. While raising her children Shirley became well known for Her “Shirley Burgers” as well as her soups and pies she served in her cafe. She was an amazing woman who worked hard to provide for her family. On holidays she would always have the whole family out for dinner and always made special meals for birthdays. Finally as she grew older she closed the kitchen simply by hanging a sign saying “Kitchen Closed Sick... of Cooking!” She never met a stranger she wouldn’t help and knew everyone wherever she went. Shirley had a beautiful voice and loved to sing and crochet, dance to the Waltzes, grow flowers and plants and go to auctions. She is survived  by 8 of her 11 children, Carolejo (Martin) Wood, Connie Gray, Perry (Cindy) Hanson, Penny (George) McKim, Bruce Hanson, Marcia Rieke, Thea (Steve) Smith, Tracey Sve and 80 Grandchildren. She was preceded in death by her husband Floyd, sons Clyde Hanson, Neil Hanson and daughter Sherryl Chapman and one grandson, John Hanson. A part of all of us will be lost without her and she will be sorely missed. We pray for her to be richly rewarded in heaven and at peace with the loved ones who have gone before her. Though we would have liked to have hept her here until she achieved her desired centurion status, with her failing health she most surely had had all she could handle of this life.

To order memorial trees or send flowers to the family in memory of Shirley Pendleton Widmer, please visit our flower store.