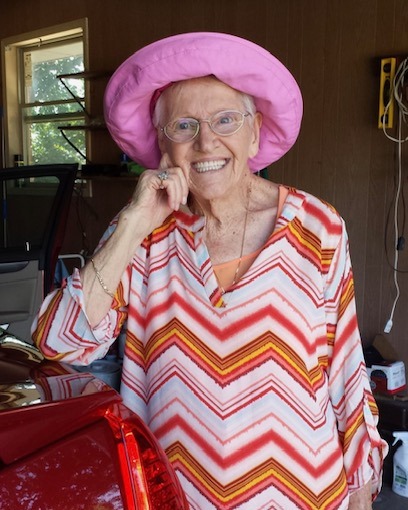 A viewing for Shirley Ann Riley Franks was held Monday, January 9th at Criswell Funeral Home in Ada, Oklahoma.  Interment will take place in Casper, Wyoming followed by a celebration of life (date and time to be determined).

Shirley quietly passed away in the comfort of her own home on January 3, 2023.  She was born on March 16, 1936 to Minnie Ola and William “Buck” Riley in Ada, Oklahoma.  She was the youngest of 9 children.

Growing up in Oklahoma Shirley found a love for basketball and was a star player on her high school basketball team.  During those years she made lifelong friends with her teammates.

Shirley married her husband Ray on July 5th, 1955 together they moved to Casper, Wyoming in 1961 where they spent the next 52 years.

In 2013, Shirley returned to her home town of Ada, Oklahoma. She loved living in Ada. She would always comment on how nice and helpful everyone in the town was. During that time she was able to reconnect with old friends and family and make new friends.

We will remember Shirley as someone who loved to laugh and make others laugh.  She loved music, fishing on the banks of the Platte River, catching up with old friends, holding grudges, Salems, Cadillacs, a good cup of coffee, a hot slot machine & submitting the occasional Letter to the Editor in her local newspaper.  All of which could never compete with the love she had for her family.

To order memorial trees or send flowers to the family in memory of Shirley Ann Riley Franks, please visit our flower store.