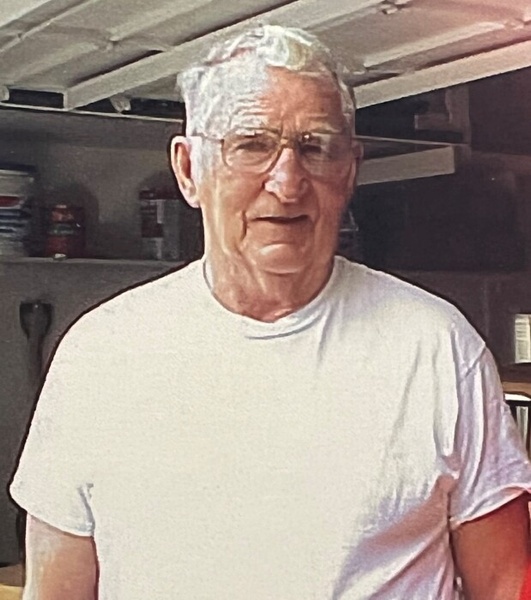 Stan was born in Portland, Oregon and his family moved to Casper when he was an infant. In his youth, he played football for Natrona County High School as a guard. The team was All State Champions for three of those years. He broke his nose so many times playing football that the school provided him with a full-face leather helmet, now on display at NCHS along with his “C” sweater.

Stan was a member of the United Association of Plumber and Pipefitters Union, Local #192, rising through the ranks to become a project manager and Master Plumber. He was a proud union member for over 50 years. Stan worked for Davidson Plumbing and Heating for 13 of those years. During the latter part of his career, he worked mostly on industrial sites, power plant construction, and workovers. Stan’s handprint is on many homes, buildings, and industrial sites in Casper and throughout Wyoming. Stan concluded his long plumbing and pipefitting career as a plumbing instructor at Casper College. He also served on the Plumbers Examination Board.

He is survived by his three sons: Stan Cadwell and wife Melody Holm of Granbury, Texas; Dan Cadwell, and Mark Cadwell, of Casper, Wyoming; seven grandchildren; six great-grandchildren; and ex-wife Winnie Smith. Stan was preceded in death by his first wife, Betty, and his daughter, Kim Norris.

Services will be at Bustard & Jacoby Funeral Home Wednesday, January 26, at 10 a.m., preceded by visitation at 9-10 a.m.

To order memorial trees or send flowers to the family in memory of Stanley Cadwell, please visit our flower store.