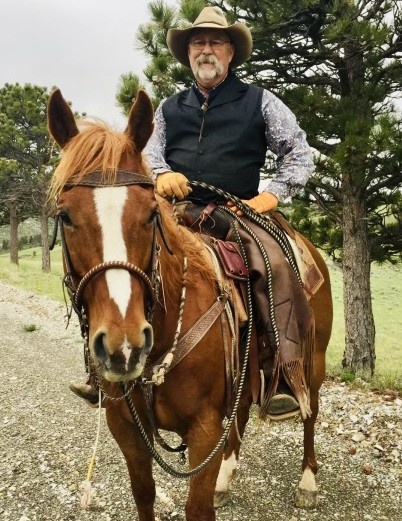 Steven Carl Madsen, 61, passed away peacefully on February 14, 2022, with his sweetheart Nanci by his side.

As a child, Steve was curious and adventurous. From a young age it was clear that he had a special love for horses, and that he was a natural cowboy. It’s no wonder that after he and his family moved to Wyoming, he never left. He loved the wide open spaces, the clear blue skies, riding his horse out along the horizons.

When he met his soon-to-be wife Nanci, it was love at first sight. He leaned over to his mom at that moment and said, “This is the girl I’m going to marry!” The two of them shared a wonderful life together. They loved spending time tackling house projects, serving together in church, raising their kids, going for rides in the mountains, and going on their weekly date, usually to one of Casper’s local Mexican restaurants.

Steve was a dedicated and loving father. He and his family spent countless hours and weekends camping; hiking; riding horses, ATVs, and snowmobiles. Steve was never happier than when he was with his family and friends in the mountains. When the family wasn’t enjoying time together in the mountains, Steve and Nanci probably had the kids busy with a church service project or building one of the many houses that the family built over the years. Steve wanted to make sure his kids were hard-working, honest, and always ready to help anyone around them. The kids learned this quickly, because all they had to do was look at their dad’s example.

He had a unique ability to make friends with everyone around him, and Steve’s ready smile and easygoing conversations will be missed by all who knew him.

To order memorial trees or send flowers to the family in memory of Steven Madsen, please visit our flower store.