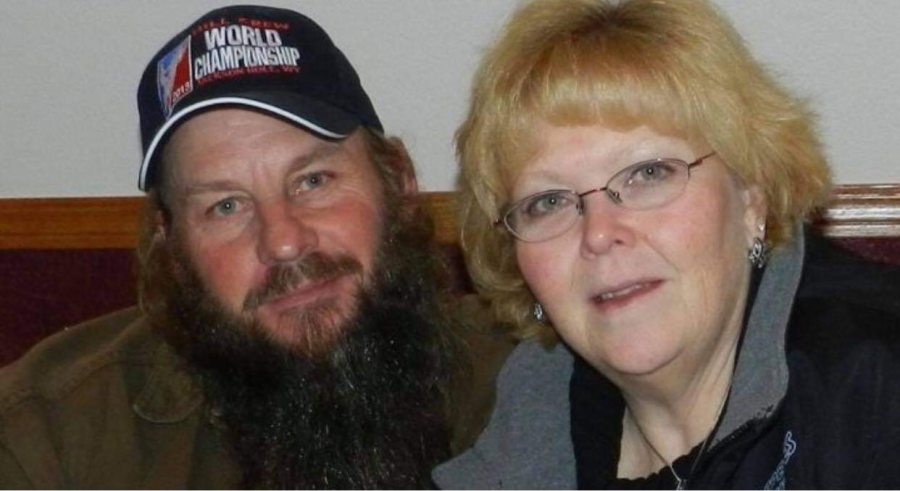 Susan Diane (Carneal) Kussy was born on June 14, 1959 in Worland Wyoming and Walter Kussy, born June 9, 1961 in Jackson Hole, Wyoming passed away together, August 6, 2021 from Covid-19. Susie was born to Clint Jackson and Frances (Beaver) Carneal. Walt was born to Walter Kussy and Shirley Brown.

They were married in 1990 in Casper, Wyoming. Susie was a soft-spoken individual who spent her adult life taking care of other people. She went to college in Casper where she obtained her RN degree. Her first job was a Candy-Striper in Worland. After college she worked for several nursing homes and hospitals, finishing out her career at The Behavioral Institute in Casper, Wyoming. Susie had a passion for helping other people. She came to Worland often, to check on her father and make sure he had everything he needed. Anyone who knew Susie said she was an exceedingly kind and compassionate person. She was an outstanding nurse that loved to share her knowledge.

Walt owned his own construction company, where he specialized in concrete work. He enjoyed his job and was still working everyday up until 10 days ago when he contracted Covid-19. He also spent a lot of his time as a firefighter, helping to keep everyone else out of harm’s way. Walt had an ever growing passion for hunting, always looking for the next great hint. Walt grew up with a passion for skiing. His grandfather was a phenomenal skier and helped instill a love for winter sports at a young age. He shared his love with Susie and convinced her to join a snow machine club where they spent a lot of time during the winter months.

Walt and Susie were blessed with three boys, Brian was their oldest, followed by twins Brandon and Bradley. These boys were their whole world. Walt and Susie followed their boys’ wrestling careers passionately. While growing up, they enjoyed going to pikes peak international raceway, attending the Colorado Rockies games, camping in the black hills and going with their dad on his business trips to Rapid City, South Dakota.

Walt and Susie also loved to travel. They spent a month every year in Mexico having that one-on-one time with each other. In 2020, they took a trip to Alaska to go fishing with some of Walt’s friends and had plans on going again the next year. They also loved their trips to Deadwood, South Dakota. Susie enjoyed slot machines, while Walt enjoyed the benefits of slot machines. It did not matter where they went, if they were together, they were happy. They were a match made in heaven, destined to be together. They were not a mushy couple that showed their affection in public, but it was clear they were meant to be from the very beginning.

They did almost everything together, so it should be no surprise that they went to be with the Lord within 5 minutes of each other. Those who knew them, know that Walt went first and probably said, “Susie, it’s time to go!”

They are preceded in death by Susie’s mother, Frances (Beaver) Carneal; her brother, Clint James Carneal and sister Mariellen O’Neal.

To order memorial trees or send flowers to the family in memory of Susan Kussy, please visit our flower store.