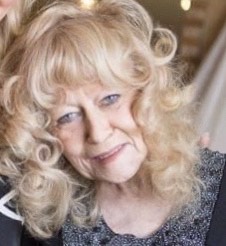 Casper – Susan (Suzy) Lee Homan (75) peacefully gained her wings on Oct 18, 2020 after complications from pneumonia and a recent fall. She was born Sept 28, 1945 to Jack and Millie Kortright. She graduated from NCHS in ’63 with her best friend, Marie Gant (AZ).

From Oct ’67 to June ’69 she was married to Dan Baker and they had a son, Dave. Even though the marriage was short they remained lifelong friends. Suzy worked at Salt Creek Freightways for many years. It was during this time she met the love of her life, Don and they were married in May of ‘80. Together they had a baby girl, Heather. Shortly after Heathers birth Suzy became a stay at home mom and ran a small daycare. The house was always alive with kids and teenagers running about. She ended up being a mom to many kids. After Heather started school Suzy went back to work which included Mini Mart offices, Sears Optical and Farnham’s. She enjoyed working and meeting people. 1995 she was diagnosed with MS. Eventually, the MS forced her to retire.

Suzy was involved with the American Business Woman’s Association for many years and a strong advocate for the Democratic Party. Some of her hobbies included camping/boating, the news, crime shows, shopping, fur babies, and spoiling her granddaughters. A common phrase to the granddaughters was “don’t tell your dad or grandpa how much I spent on you.”

In 2014, the MS forced Suzy to move into Shepherd of the Valley for medical care. She made many new friends there and was always happy to engage anyone in a conversation. She was known to quite frequently brag on her kids and grandkids any chance she got. Don would visit almost daily! Always making sure she had plenty of Coca-Cola and smokes. Anyone that knew her knows those are the two vices she would never give up! Suzy was so many things to so many people, a wife, a mom, a grandma and a loyal friend. Her quick wit, stubbornness, feistiness and tenacity will be carried on by the family she started for generations to come.

A celebration of life will be scheduled at a later date. In lieu of flowers memorial donations may be given to The National MS Society.

To order memorial trees or send flowers to the family in memory of Susan (Suzy) Homan, please visit our flower store.