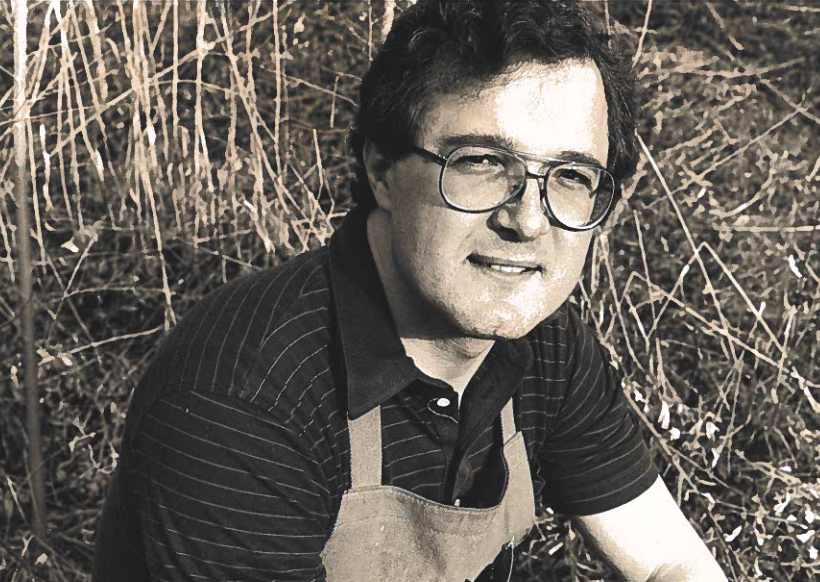 Terrence John Hick, 70, of Casper, WY passed away Dec 5, 2020, from complications of Diabetes. Born July 7, 1950, in Marshall, Minnesota, along with identical twin brother Ted, they joined older brother Tom, also born July 7th just two years earlier. His parents were Francis and Alice Hick. The family moved to Casper in 1967 and he graduated from Kelly Walsh in 1969. From a young age he always wanted to draw or paint and in fourth grade his art teacher, who once worked for Disney,  noticed he had a talent in art and encouraged him to pursue this talent. After graduating from high school, he attended Casper College to study business and art. He was able to attend the prestigious Art Center College of Design in Los Angeles (now Pasadena) from 1971-1972, where he took illustration and design studies. He returned to Casper College for independent studies under Wilhelm Ossa in 1973. His two mentors throughout his career were Mr. Ossa and Harry Carmean from Art Center, whom he credits to teaching him the basics of art principles. He became a full time professional artist in 1979.


He married the love of his life, Patricia Massengale, in Sept. 1972, and became an instant father to her four year old child, Angela. They remained married for just shy of 48 years, when she passed away in July, 2020.


Terrence began karate lessons while still in high school and quickly took to the sport. He earned his first Dan Black Belt in Tae Kwon Do in three short years. He became a Tae Kwon Do instructor shortly after earning his second degree Dan Black Belt.


Terrence was a renowned artist for many years, his art being bought throughout the US by many collectors, with the late actor Burt Reynolds possessing two of his paintings. He was inspired by his mentor and personal friend, Conrad Schwering, Wyoming's most famous artist. He also drew inspiration from the masters, including Russian artist Nicolai Fechin. He was proficient in oils, watercolors and pastels, painting in the plein-air/impressionistic style. Wyoming landscapes and his "junk" paintings were his signature topics but he also had a love of aviation art and later turned to religious art. In 1990 and 1998 he had paintings accepted into the national Art For the Parks competition. He was a member of the Northwest Rendezvous in Helena, Montana and was a guest artist for the National Academy of Western Art in Oklahoma City, Oklahoma. His art was shown in galleries in Bridgeport, CT; Houston, TX; Dallas, TX; Scottsdale, AZ; Tucson, AZ; Sedona, AZ, and Jackson, WY, just to name a few. He earned numerous awards, had many one and two man shows, art grants, and was published in Southwest Art Magazine. He had a special talent but also possessed an artist's personality and thus somewhat of a difficult person to deal with. He definitely had the "artist in torment" personality, and like Van Gogh, found himself struggling to keep his career going. He never gave up on his art and his entire life he spent dedicated to improving his techniques and learning from fellow artists, whether they were present day artists or the masters from the past.


During the later years of his life he developed many health problems that took him away from being able to paint outdoors on location or even in his studio. His wife also needed his full-time attention due to her dementia and he cared for her until her passing. He did enjoy his only grandson, Christopher, and most recently he became a great grandfather. His family was always important to him despite not always getting along with them all the time. After his wife's passing, he became an easier person to get along with, and was able to mend important relationships that had been previously strained. He said "I love you", and meant it, to the two most important people that were in his life just hours before he died. At least they have that to remember forever. He believed it was very important to appreciate your loved ones every day because you never know what tomorrow will bring (or take away for that matter)!
Terrence was proceeded in death by his parents, his wife Patricia and a grandson, Cameron. He leaves behind his daughter Angela Goodman (Guy) of Casper, his grandson Christopher Hick of Casper, a great grandson, Alex, of Casper, his twin brother Ted of Wheatridge, CO and his older brother Tom of Phoenix, AZ.


As soon as can be managed, his daughter and grandson will have a dedication to his many works of art that he produced throughout his life, either on a Facebook page or another format. Please be patient as it requires finding and getting permission to publish his art from those who own it, whether it be from collectors or from galleries. He did not have much of his own art left other than a few paintings hanging on the walls of his house and even fewer left in his studio. It had been many years since he produced any art that he deemed worthy to put his signature on. To honor his legacy as an artist is something that his family feels is their duty to him. He truly had a talent and the art world has lost a brilliant painter with his passing.

To order memorial trees or send flowers to the family in memory of Terrence Hick, please visit our flower store.