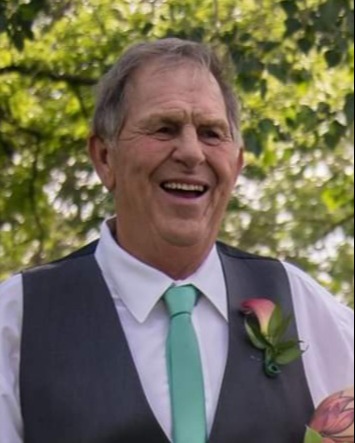 Terry Floyd “Oscar” Collingwood, age 76, of Casper, Wyoming, passed away peacefully with his family by his side at Wyoming Medical Center. He was born May 11, 1946 to Floyd and Helen (Jacobson) Collingwood in Greybull, Wyoming. He was born the second child out of a family of 4 children. He attended schools in Greybull and graduated from Greybull Highschool in 1965. He enlisted in the United States Army in December of 1965 and was honorably discharged in December of 1967. Terry met Judy on May 11, 1972 and were married August 4, 1972. Terry  drove truck for Kenyon Trucking, Richardson Trucking, and MarMc Transportation in which he retired from in 2009. Terry enjoyed snowmobiling, elk hunting, and walking his dogs. Terry was diagnosed with Dementia in 2015.

He is preceded in passing by his parents, brother, Elvin, father-in-law, Donnie Kenyon.

In lieu of flowers, donations can be sent to Casper Humane Society or a Dementia Society of America.

A memorial service with military honors will be held at 10:00am Tuesday, December 20, 2022 at Bustard and Jacoby Funeral Home. To view services online, visit

To order memorial trees or send flowers to the family in memory of Terry "Oscar" Floyd Collingwood, please visit our flower store.