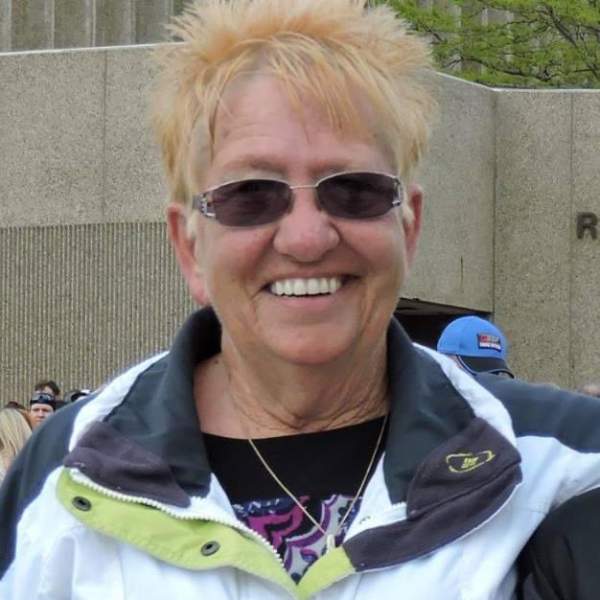 Terry Frye Walsh was born in Casper, Wyoming on March 15, 1947. She had a happy childhood in Mills, WY with her mother, Irene Lichte Frye, father, Donald Frye, and sisters, Pat, Carol and Rita. She graduated from Natrona County High School.
In 1963, she married Jon Hill and they had two children, Orville Don (Odie) and Tara Gene. Unfortunately, the marriage did not last.
In 1980, Terry met and married the love of her life, Michael Alan Walsh. With Alan she acquired two stepchildren, Rick and Jacqueline (Jackie.) Together, Terry and Alan traveled the country working as heavy equipment operators. During this time, they met and became lifelong friends with G.T. and Ruth Ann Connell.
In 2005, they retired and moved to Golden Shores, AZ. Their life together was filled with family, friends and fun.
After Alan’s passing in 2018, Terry remained in Golden Shores where she was a loved and respected member of the community. She served on the Civic Association Board of Directors and the Volunteers for the Senior Nutrition program. She was also a loyal friend, a great cook, an avid game player, a pretty good singer and a kind and generous person.
Terry Walsh passed away peacefully in Hospice care on October 26, 2021.
She is survived by her children, Odie Hill and wife Doreen, Tara Gene Hill and future husband Reg McGuire, and Jackie Walsh Adams. Her grandchildren, Anna, Nicole, Kevin, Bradley and Michael. Brothers and sisters-in-law, Tom Rich, Shirley Billington, Charles Klee, LeRoy Walsh, Marilyn and Tony Duttenhefner, Eddie and JoAnn Walsh, Becky Walsh, Nina and Randy Graves, Burnella and Tony Bushy. And many, many nieces and nephews.
She will be greatly missed by all.

A Celebration of Life will be held at the Topock AZ Senior Center
13136 Golden Shores Parkway
Topock Az 86436 11/14/2021
Spreading of the ashes will be held sometime early summer on Casper Mountain.
Cards can be mailed to 67 S Oregon Trail
Mills Wy 82604

To order memorial trees or send flowers to the family in memory of Terry Walsh, please visit our flower store.