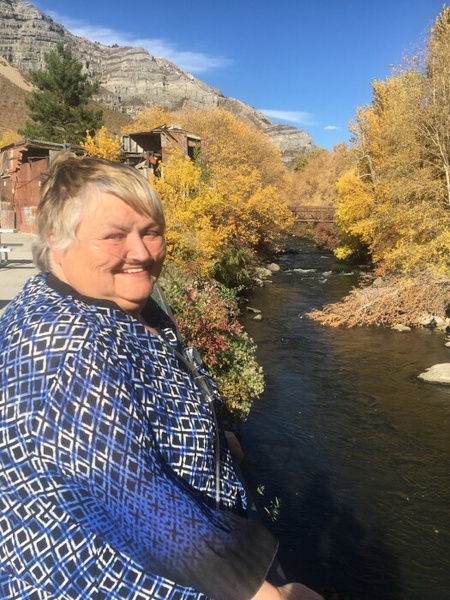 Terri Christensen, age 69, passed away December 7, 2021.  She was born in Casper, Wyoming to Gerald and Betty Orr. She graduated from Natrona County High School and went on to earn her Associates Degree from Casper College.  She was married to Don Christensen and had three beautiful children who were the light of her life, only eclipsed by the light which shined through her six grandchildren.

Terri was always a career driven single mom and had a long history in the banking world. She started out as a teller in 1981 and worked her way up through the ranks at First Interstate Bank until she retired in 2015. Everyone who met Terri was an instant friend and whether she was planning the monthly banking meetings with skits like “Gone with the ATM” or decorating the lobby for any and all holidays, she was a fixture of the Downtown branch.

Terri, also known as Nana or Crazy Nana, was the most selfless person in the world. She was always sacrificing for her kids and later going all out for every event her grandkids were involved in! She could be found in the audience at dance recitals or leading the cheering section for baseball, soccer, or theatre. If she wasn’t supporting the grandkids she was at the end of the table at Mimi’s house for many game nights, where she became the most competitive player! Her retirement was filled with many artistic endeavors, most notably her paintings on old window screens.

She is survived by all three children: Stephanie (Justin), Brett (Lea), Andy (Bill) six grandchildren: Alex (David), Maddi, Makayla, Holden, Chase, Kaden; Her brother Gary (Connie), and numerous nieces, nephews and cousins. She is preceded in death by her parents and sisters Judy and Bobbi.

In lieu of flowers the family requests donations be made to Central Wyoming Hospice.

A memorial service will be held Saturday December 18th, 2021 at 10:00 AM at  with reception to follow in the Bustard & Jacoby Reception Center.

Arrangements are entrusted to the care of Bustard and Jacoby Funeral Home , 600 CY Ave, Casper, WY, 82601.

To order memorial trees or send flowers to the family in memory of Theresa Christensen, please visit our flower store.