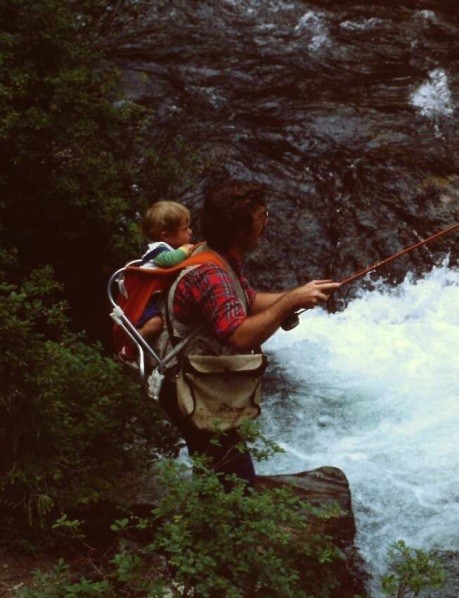 Thomas Everett Davis was born as the grandson of homesteading pioneers in eastern Colorado, along the Arkansas River valley on November 2, 1947.  Tom was dedicated to learning his family history and genealogy, preserving and passing it on, while organizing family reunions. He was the keeper of family lore and legend. His passion for agriculture was evident in his meticulous gardening resulting in numerous bumper crops. He not only helped educate countless students, but he also greatly influenced and inspired students around the world. He specifically went to Midwest High School to start a French language program, and then on to East Junior High School, teaching English and French.  He has been described by his students as much more than simply a favorite teacher.  The example of his character has been carried by his students throughout their lives.  His colleagues have described him as possessing a caring personality with sincere kindness, and being a wonderful teacher, great listener and friend with wit and a dry sense of humor.  He always made time to listen and could articulate a story that would make you think, laugh, or both.  He cared very much for the environment and preserving it for future generations to enjoy, often incorporating creative writing projects for his students.  One of which involved trying to save Cedar Ridge that was featured in an article published in a national teaching magazine.  He was persistent in ensuring that the North Platte River, now a blue-ribbon fishery, would no longer be polluted by the adjacent oil refineries.  He was a very dedicated son, loving husband, father, and brother.   He passed on his passions for nature and fly fishing to his son, just as his father had taught him.  If he was not fishing, he was probably dreaming about it and one could see the spark in his eye when fly fishing was a foot or the topic of conversation.  He possessed an incredibly intellectual mind, having earned two master’s degrees.  He loved reading and studying Native American history, their cultures, ways of life, and spiritual beliefs.  He was visited by his spirit animal, the golden eagle, while spending many summer evenings fishing in his favorite pools on Deer Creek.  He has been described as a gentle giant with a caring soul.  He was also a very passionate and dedicated Democrat, who fought to ensure the voices of everyone be heard, and he was adamant about writing our elected officials to ensure they were properly representing their constituents.  He was an unfailing advocate for justice and truth.  Tom went fishing with the golden eagle on March 11, 2022.

Arrangements are entrusted to the care of Bustard and Jacoby Funeral Home , 600 CY Avenue, Casper, WY 82601.

To order memorial trees or send flowers to the family in memory of Thomas Davis, please visit our flower store.