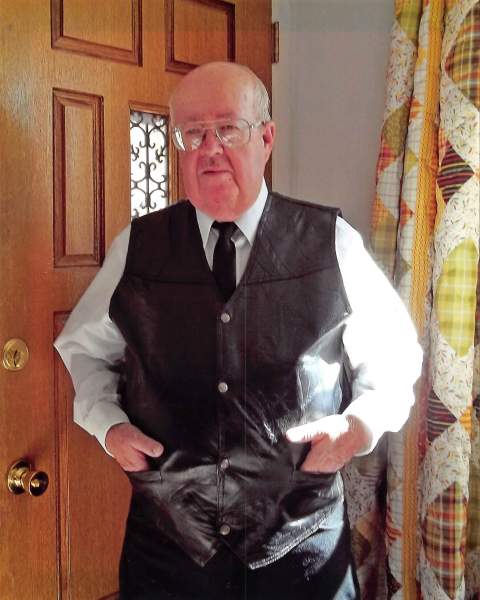 Tom was born in Sharon, Pennsylvania on September 5, 1937 to Charles and Dorothy Phillips.  He attended and graduated high school in Newcastle, Pennsylvania.

In June of 1965, he married Myrna Loy Galloway of Casper, Wyoming and they moved to California. Tom worked as a security guard at banks in California and in Texas, as well as a volunteer at The Sheriff’s Office in both states. After retiring, the couple moved back to Casper, Wyoming. Tom began volunteering at the Casper Sheriff’s Office and for The Lion’s Club.  Myrna Loy passed away in 2002.

Tom married Velda Miller on September 12, 2004. He continued volunteering for The Lion’s Club and also at The Sunday Breakfasts held at The Casper Elk’s Lodge.

He was a beloved friend and tireless volunteer who had a positive outlook and a playful sense of humor.  Our hearts are heavy with his absence, but comfort is taken in knowing he is now sharing his quick wit with God.

A memorial service with military honors will be held at 2:00pm, Monday, August 29, 2022 at Bustards Funeral Home with a reception to follow at the Elks Lodge.

To order memorial trees or send flowers to the family in memory of Thomas F. Phillips, please visit our flower store.