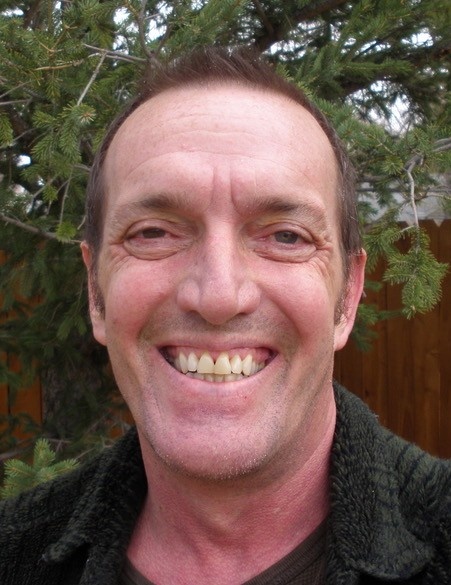 Thomas Edward Rosenberger, Jr. was born in Casper, Wyoming on December 28, 1956. His parents were Tom Rosenberger, Sr. and Ann Benich Rosenberger. He attended Southridge School, CY Junior High, Natrona County High School, Casper College and received a Bachelor of Fine Arts from the Conservatory of Theatre Arts at Webster University, Saint Louis, in 1980. He performed in Chicago theatres from 1981 to 1990, winning the Joseph Jefferson Award for Performance in 1982 and was a member of Actor’s Equity Association. Bored with portraying fictional people’s interesting lives, he decided to have his own interesting life and moved to Los Angeles in 1991, where he managed the Nucleus Nuance jazz club and the Los Angeles Garlic Festival. Facing an AIDS and cancer diagnosis, he returned to Wyoming in 1993, working for the AIDS Education and Training Center, educating health care professionals in Wyoming about HIV/AIDS. His work brought him to Washington D.C. where he served on an advisory group for the DHHS and spoke at the 1996 Vancouver International AIDS Conference about the impact of the AIDS epidemic in rural communities. He participated in a tri-national group, working to consolidate prevention and treatment efforts between the United States, Canada and Mexico and helped to create an AIDS/HIV educational program for migrant workers from Mexico. Tom returned to Los Angeles in 1996, was selected for Film Independent’s Screenwriters Lab and was a member of the Writers Guild of America. In 2005, he was accepted into the Graduate Program for Landscape Architecture in the College of Environmental Design at California State Polytechnic University. In 2006 he studied at the Santa Chiara Design Center, Italy and received a Master’s Degree in Landscape Architecture from Cal/Poly in 2008. He was a member of Sigma Lambda Alpha, the Honor Society of Landscape Architecture and the American Society of Landscape Architects and practiced landscape design in Los Angeles and Palm Springs. Returning to Casper in 2011, he continued his landscape practice in Casper, as well as working as a Peer Advocate for the Wyoming Department of Health, supporting people newly diagnosed with HIV/AIDS and taught preschoolers in the Little Hands program at the Nicolaysen Art Museum. He was preceded into death by his parents and his sisters Jerri Ellen and Joanne and is survived by sister Judith Christeson, his brother Robert and sister-in-law Kay and brother John. He was a Buddhist, a New Waver, a cook, a traveler, a gardener and a good guy who liked to have a good time, whatever the circumstances. He died as he lived, deliberately and peacefully.

To order memorial trees or send flowers to the family in memory of Thomas Rosenberger Jr., please visit our flower store.