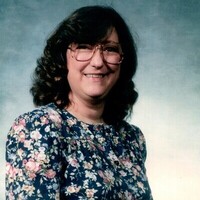 She was born April 5, 1951 Lewistown, Montana; the daughter of Phillip Gregory and Joyce Gremaux.

Mrs. Keister attended schools in Leadville Colorado and was a 1970 graduate of Lake County High School.

She married Christopher C. Keister February 14, 1979 in Casper, Wyoming and had two daughters from this union. They later divorced but continued being life-long companions.

Mrs. Keister worked as a seasoned waitress for many different restaurants. Tonya had a stroke at 47 that forced her early retirement in 1999.

She was preceded in death by her parents; one sister; Yvonne “Vonnie” Flores; son Phillip Gregory; a nephew, Michael Kadlick.

To order memorial trees or send flowers to the family in memory of Tonya Keister, please visit our flower store.