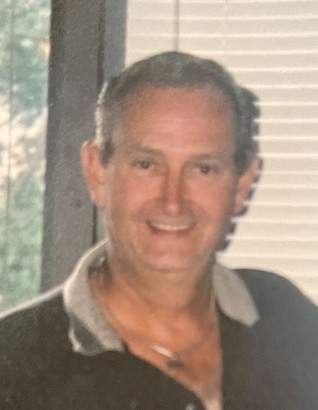 Van was born November 1st, 1946 in Dallas Texas.  He died on December 10, 2020.  Van is survived by his wife Joan Harmon, his 4 children, 3 step children, several grandchildren and great children, along with nieces and nephews as well his brother Scott.  Van grew up in Dallas Texas, shortly after graduation from high school he joined the Air Force in 1964.  Van was stationed in Guam during the Viet Nam war.  After serving his two-year tour in Guam, he returned to the United States where he was stationed at Ellsworth AFB in Rapid City South Dakota.  After finishing his active-Duty commitment, he moved his family to Casper Wyoming.

Van was an avid golfer, he loved to hunt not for trophies but to put food on his family’s table.  He would always say that you can’t eat the horns.  When he would go hunting, he was almost guaranteed to get a kill as he was a sharp shooter and rarely missed. One of Van’s greatest loves was playing golf.  He would play golf daily if he was able to.  Van played in several golf tournaments, either as a single or with his son. Van also loved to travel. Van and Jo would go on much deserved vacations at least every 90 days. They traveled the world together and their last vacation was in September, 2020 where they went to the Smokey Mountains of Tennessee.

Van loved his children and his grandchildren, even though he was not able to see them as much as he wanted, he never was for a loss of love for them.

Van will be remembered for his sense of humor and his ability to tell stories.  Though his stories were repeated more than many would like to hear, they were still the life of the party and enjoyed by whomever was lucky enough to hear them.

To order memorial trees or send flowers to the family in memory of Van Harmon, please visit our flower store.