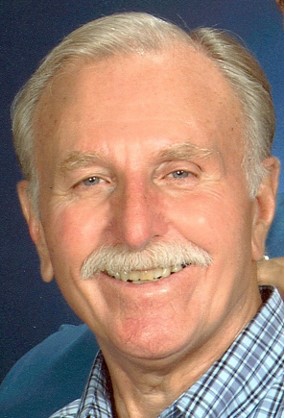 A celebration of life for Wayne Raymond Peterson, 84, will be conducted at 10:00 a.m. on Saturday, September 12, 2020, at College Heights Baptist Church, 1927 South Walnut, Casper, with Pastor Mike Cooper officiating. A military graveside service at Highland Cemetery will immediately follow.

Wayne was born in Woodland, Maine, in his Aunt Addie Ketch’s farmhouse on July 31, 1936. He lived on the family potato farm near New Sweden, Maine, where he started driving tractor at 5 years old. Later they moved to Caribou, Maine, in order for Wayne to attend Caribou High School.  As a teenager he eventually worked part time for Birdseye processing French fries and peas.  Wayne worked various jobs in the fields each fall when the schools closed for three weeks for potato harvests.

He was already a member of the National Guard upon his graduation from high school in 1954, and he joined the Army as a combat engineer and completed boot camp at Fort Dix, New Jersey, and Fort Leonardwood, Missouri. He was assigned to Headquarters Far East Command in Tokyo, Japan, from 1955 until 1957, where his military occupational specialty was psychological warfare. After his honorable discharge he worked for Boeing Aircraft at Loring Air Force Base in Maine until he enrolled in Central Technical Institute in Kansas City, Missouri, in 1958. He graduated with an Associate Degree in Electronic Engineering in 1960 and was employed by KCMO Television as a broadcast engineer. Upon moving to Rochester, New York, in 1960 he was hired by WROC Television as a broadcast engineer and part-time jazz disc jockey.

Betsy Anderson Corca and he married on January 21, 1961, in Cuba, New York. They raised four children, and Betsy went home to the Lord on September 10, 1989.  Wayne began his career with Platte Pipe Line in Kansas City, Missouri, as a microwave technician and worked for 30 years before retiring as a supervisor of technical services for Marathon Pipe Line in Casper in 1992.  After retirement Wayne was employed by Marathon Pipe Line as a land man, product sampler, pipeline inspector, permit writer, and electrical inspector for various projects.  Wayne worked for AMBI in Casper from May of 2013 until August of 2020.

In 1972 Wayne accepted Jesus Christ as his personal Savior and became a member of College Heights Baptist Church in Casper. He met Myrtie Bain at College Heights and they married on June 1, 1991. Wayne had the privilege of serving his Lord in Paraguay, Hawaii, Mexico, and Portugal. He loved and encouraged his church family and was church treasurer and Men’s Sunday School class teacher for 30 years. He was a Master Gardener and especially enjoyed growing roses and vegetable gardens. Fishing from his boat at Pathfinder, flying into fishing lodges in Canada, and enjoying the company of his dogs throughout the years were his favorite pastimes.

Survivors include his wife Myrtie and children Sam (Linda), Steve (Genene), and Kelli Millett of Casper, and Kim Allsop of Custer, South Dakota, as well as his grandchildren Casey, Chenise, Christopher, Claire, Curtis, Kavan, Marcus, Marshall, Michael, and Stacie along with 16 great-grandchildren; brother Rodney (Linda) of New York; sister Cheryl Johansen of Maine; and brother-in-law Robert Selden of New York. Those who predeceased Wayne are his father Raymond Clifford Peterson in 1989, mother Ferne Doris (Levesque) Peterson in 1989, and sister Cynthia Alma Selden in 2006.

Myrtie wishes to thank Wyoming Medical Center for the excellent care provided to her husband. Bustard’s Funeral Home is in charge of arrangements. In lieu of flowers memorials may be made to Faith Children’s Village in Zambia c/o College Heights Baptist Church, 1927 South Walnut, Casper, WY 82601.

To order memorial trees or send flowers to the family in memory of Wayne Peterson, please visit our flower store.