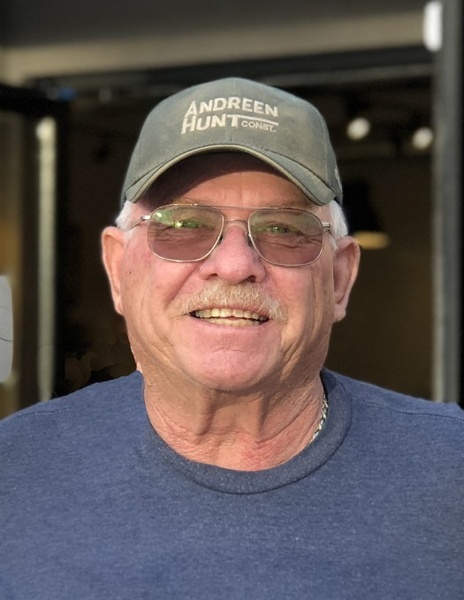 William Louis Grant, affectionally known as ‘Mr. Nice’, passed away peacefully in his home, August 1, 2020. Born in Idaho Falls, Idaho, October 18, 1942, to Robert and Elmina Grant, he was brother to Dennis, Carolyn, Lewis, and Jeannie. Growing up in Idaho he developed a love for the outdoors and would skip school to go fishing, hunting, camping, help out on a farm, or spend hours drag racing. Born with a sweet tooth, his mother had to padlock the kitchen pantry to keep him out. He was very mischievous, playing practical jokes on his siblings or anyone within arms reach. After Bill moved to Casper, the annual family reunions were a required pilgrimage back to his beloved home, especially to see his mother, whom he loved dearly.

Bill Grant was the loving father of six wonderful and talented children, each of whom he called ‘George.’ A family man at his core, he proudly supported his kids in their own pursuits in any way he could. As a father, Bill was always ready to lend a hand along with a few opinions, and always knew when they were up to no good because he knew everyone in town.

A man of many talents and hobbies, Bill loved a good deal. To show for it he had a collection of cars, tools, unique antiques, and other memorabilia - junk as most everyone else called it. Many ambitious projects were started and sometimes finished at a much later date, if at all.

Bill Grant enjoyed working so much, he tried to retire, twice. Moving to Casper in 1974, he took a job at H&K Contractors, and then his career in construction in Wyoming continued to Central Contractors, JTL, CRE, Andreen Hunt, and finally CEPI. He was a loyal, talented, and a strong man on the job and thought of his workmates as family. Always a formidable force who accomplished more than the average man between sunup and sundown. There wasn’t much he couldn’t do and was seemingly near-invincible until he lost part of his finger (don’t ask Precious about that one.)

He dearly loved his wife Susan (nee Cannon), whom he was married to for 41 years. It was hard, easy, fun, and ended too soon. Bill got a kick out of making her uncomfortable with his slightly uncouth manners and tall tales. She would unsnap his shirts when he was being impossible, so he stopped wearing pearl snap shirts soon after they were married.

It was rare to see him without a baseball hat. Often a walking billboard for whatever company he was working for (mostly Andreen Hunt), his hat and t-shirt collection was enviable. His pride for Wyoming, his workplace, and kids, was worn across his brow and chest on any given day.

Bill was a character and certainly had the gift of the gab. He had infectious laughter that would fill a room, and his sense of humor and jokes were often funnier to him than anyone else. He was a famous storyteller, if you heard them once, you heard them ten times. You could find him anywhere by listening for his larger-than-life laugh or you could follow him by sound in a grocery store, as he could always be found by the jingling of change or his keys in his pocket. We’ll all keep listening...

He is deeply loved and will be very missed by all those who had the pleasure of knowing or loving him. He will always and forever be ‘Mr. Nice’.

Cremation will be under the care of Bustard & Jacoby Funeral Home .

To order memorial trees or send flowers to the family in memory of William "Bill" Grant (Mr. Nice), please visit our flower store.